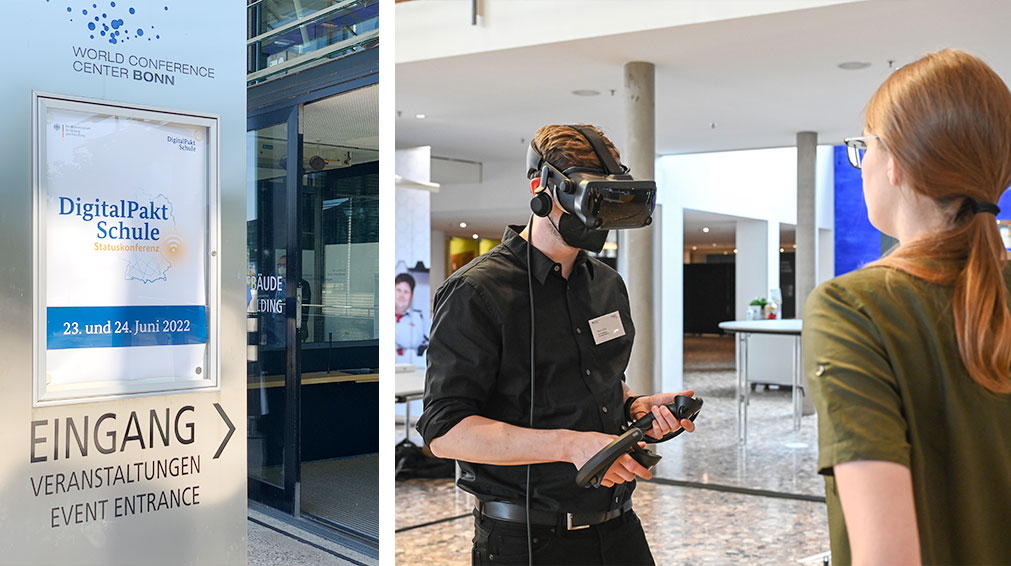 From 23rd to 24th June we were at the status conference of DigitalPakt Schule at the World Conference Center in Bonn and presented the project ViTAWiN in the FutureLab. The event took place online via livestreams as well as in presence.

Since 2019, the Federal Government has been supporting investments in digital education infrastructure through the DigitalPakt Schule. On the conference website you can read details about the goals as well as the programme. 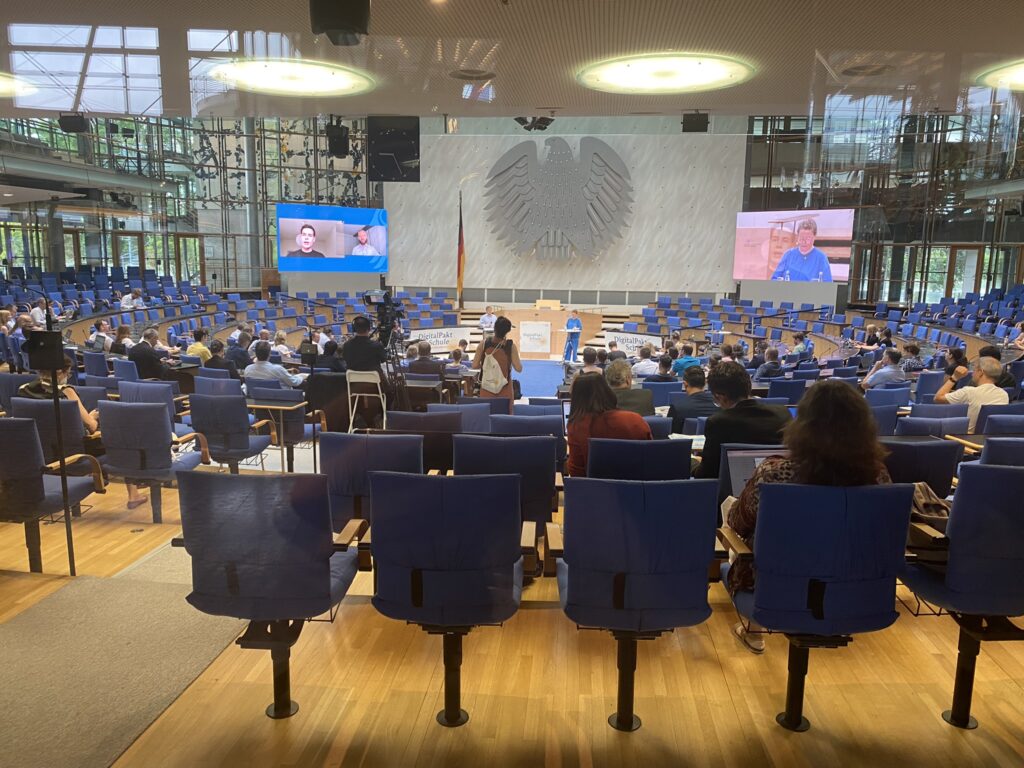 On the first day, Bettina Stark-Watzinger, the Federal Minister of Education and Research, and Karin Prien, President of the Standing Conference of the Ministers of Education and Cultural Affairs, opened the event in the plenary hall. Many other experts shared their knowledge and opinions on site as well as remotely. Afterwards, we were able to choose programme items and participate in discussions between experts as well as in workshops. The whole event was moderated by Katja Weber (radioeins rbb) and Holger Beckmann (WDR). 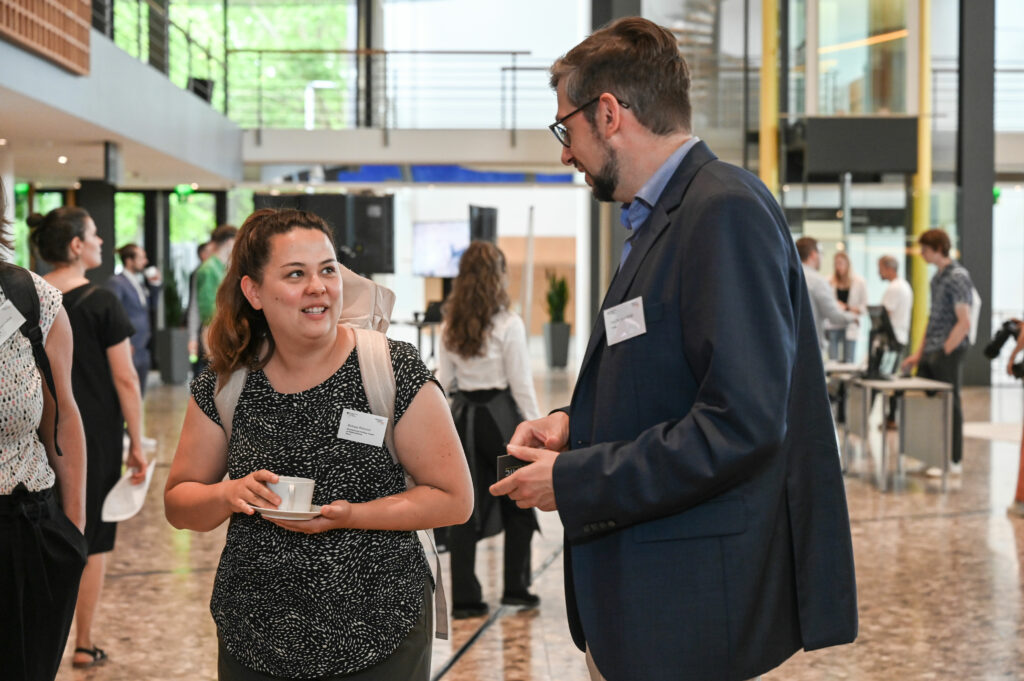 On the second day, exhibitors were able to present their developments and visions on site at the FutureLab. By trying out digital tools, we got an impression of how digital education can be designed in practice. We were also represented with ViTAWiN. Many people tried the application as well as Virtual Reality for the first time and gave positive feedback. In the breaks as well as during the exhibition, there was the opportunity to network as well as to exchange with representatives of the federal states, municipalities and schools as well as with pupils. All in all, it was two eventful and informative days. 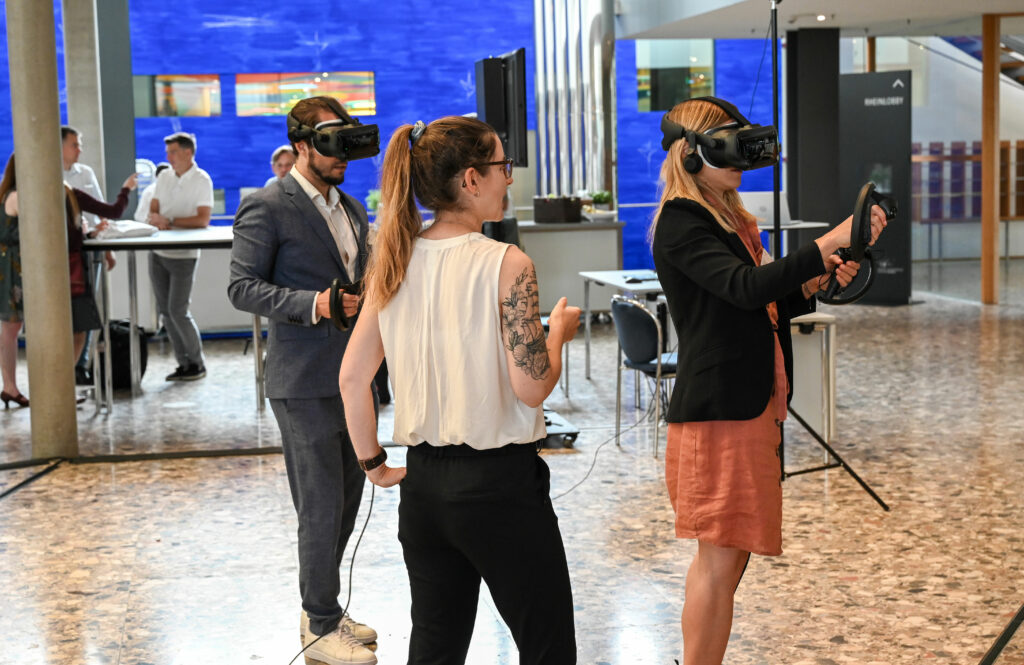 More information about the project